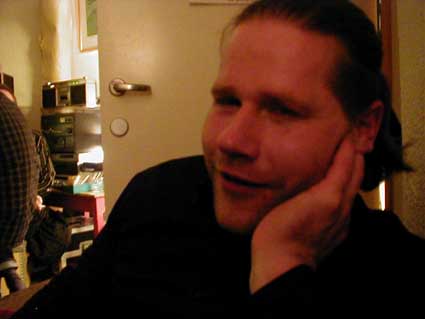 Marius has done many gigs with us, when Bjarne or jon could not play for some reason.

He also plays on Luxus: bass drones on Brugata and e-bow bass on Fluxus.

Marius used to be member of the theater group, De Utvalgte, that Salvatore followed to Morocco to record Jugend - A New Hedonism and Fresh.  Now he is member the performance groups  of Fabula Rasa and Fakta Morgana.

He also plays with The White Birch and Melancholics Anonymus.